Inadequate availability of homecare services to meet rising demand is directly and indirectly affecting anyone needing health or care services. Unmet need in the community is increasing, ambulance response times are rising, operations are being cancelled and waiting lists are growing. Delay in discharging people from hospital back home due to lack of available homecare and other community services is a key contributory factor. Lack of access to homecare is also resulting in deteriorating health of older and disabled people, adding further pressure to the NHS.

At least 70% of homecare hours are state-funded. Years of under-investment by central government, poor practices in commissioning and purchasing of homecare and removal of emergency funding to meet COVID-19 guidelines, have left many employers operating on wafer-thin margins. This means that many cannot afford to pay higher wages, full sick pay or adequate mileage rates. Homecare workers are leaving in droves for better paid jobs with more secure income, unable to cope with the escalating cost of living. The vacancy rate in homecare is now 13.5%, which is the highest ever recorded.

New research from the Homecare Association indicates that an estimated 96% of homecare workers are receiving no pay or low pay whilst isolating after a positive COVID-19 test, following removal of the Infection Control and Testing Fund (ICTF) at the end of March 2022. In line with government guidance, careworkers are expected to isolate if they test positive or develop symptoms.

Survey responses from 292 homecare providers across the UK during April 2022, representing just over 31,350 careworkers supporting nearly 46,200 older and disabled people, showed that when the ICTF was available, 85% of providers either paid full wages to staff who were self-isolating due to COVID-19 throughout the six months or did so until there was no more grant money available. Now, only 6% say they can do so. As a result, homecare workers are leaving for jobs where isolation is not required or full sick pay is available.

Close to half (48%) of providers responding to the survey asserted that careworkers were seeking alternative employment due to issues regarding loss of pay while isolating. Almost a fifth (18%) stated that careworkers had indeed resigned for this reason. Meanwhile, 59% expressed anxiety that staff will come to work after testing positive for COVID-19.

This comes on top of a wave of resignations due to cost-of-living increases, with fuel prices being the most significant. As reported in a previous survey, escalating petrol and diesel costs are hitting homecare workers hard as, collectively, they drive over 4 million miles per day for work. Half of respondents asserted that careworkers had requested an increase in the mileage rate, while more than a fifth (21%) added that careworkers had either given notice, intended to look for work elsewhere or had already done so because they cannot afford to put fuel in their cars.

In the current survey, more than three-fifths (61%) of the sample stated that, as a result of staff sickness or isolation, existing clients were still being supported, but new referrals were being declined. Moreover, 11% claimed that they were also handing work back and ending support for some existing clients.

41% of respondents claimed that due to sudden waves of staff absence (up to 30% in some cases, though more typically up to 10%), their cash flow had been affected, but they have still been able to cope. More worryingly, a fifth were now reliant on using their reserves or a loan.

Most of the available funding for health and social care has been allocated by the government to the NHS. By starving homecare of vital investment, leading to inadequate workforce capacity, neither homecare nor the NHS are able to function efficiently or effectively.

We continue to urge the government to:

“Many people are suffering, directly and indirectly, as there are not enough homecare workers to meet need. Older and disabled people in the community, and their informal carers, are experiencing deteriorating health as they are going without support. Furthermore, many ambulance trusts and hospitals blame lack of availability of homecare for inability to discharge and admit new patients swiftly, which has a knock-on effect on ambulance response times. NHS leaders say that patients are dying every day from avoidable causes due to ambulance delays.

Right at this time of heightened demand for homecare, the government chose to allocate most available funding to the NHS, remove vital grant funding to help meet COVID-19 guidelines, and avoid recognising the impact of escalating fuel costs on homecare delivery. Why is anyone surprised that homecare workers are resigning en masse when their income is insecure and inadequate, they don’t receive full sick pay and cannot afford to put fuel in their cars?

﻿Endless meetings at NHS England and the Department of Health and Social Care about workforce capacity won’t help. Adequate and sustained investment in homecare will.” 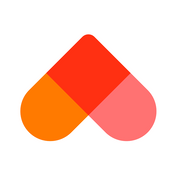