Ed Balls: Inside the Care Crisis - behind the scenes

Ed Balls: Inside the Care Crisis was filmed over the summer months of 2021, part of this time was spent visiting Merseyside Charity Caring Connections to try get a deeper understanding of homecare and the challenges that face both social care providers and the front-line social care workers. Paul Growney CEO at Caring Connections provides an overview of the process and their reasons for being involved. 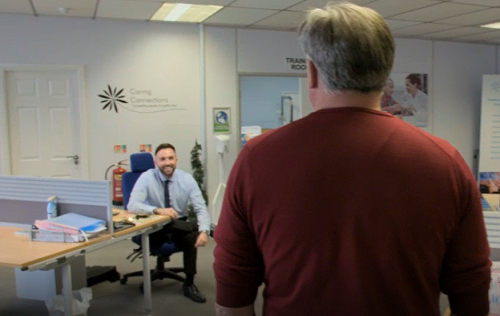 We had an email from our national homecare membership body (Homecare Association) looking for a North West based home care organization who would be interested in being involved in Ed's documentary. As a charity we are always keen to raise our hand to improve the profile of social care workers and change public perceptions of the role.

We have been pushing for change for many years and was glad there seemed like a national opportunity to raise our points and hopefully influence the powers that be in making change. After a number of zoom based meetings and visits from producers we were finally accepted by the team to be the homecare organisation which would be featured. Then what followed was a bit of a logistical nightmare as the crew wanted Ed out caring with a front-line worker followed by a camera crew. TV or not, we still had to ensure everything followed our policy and protocols.

Our only incentive for the involvement in the programme was trying to push change and also to raise our profile as a charity that fights for the front-line worker we received no payment for any involvement.

Our main concern was ensuring the dignity and respect of our service users with Eds visits, as home care is a very private service we knew most individuals would be reluctant in having a camera crew into the home. Alongside this was meeting the shift patterns the team required and identifying a suitable carer for Ed to shadow. After a lot of hard work from the team we identified a number of service users which would allow Ed in and a front-line carer who he could work with that had the shift patterns required.

Ed's team spent a day in the office interviewing staff, seeing the operations and discussing the system and how it works. I thought this was a good opportunity to demonstrate to the public the behind the scenes work that is being done to ensure quality is maintained, I feel this was missed in the final edit. A big public criticism we get especially when challenging council fees is ‘well you get £16.40 from council you should paying the carers £13 per hour’ and we always try to get over how much spend other than the carer is needed to provide effective care. This segment could have shown that especially when the economic argument played such a greater part later in documentary..

I am so proud of John, who Ed shadowed He is an absolute credit to our team and the community in general. The service users love him, as can be seen in the documentary, and this is the exact type of person who could change public perceptions in how hard social care workers work and the rapport they have with the service users.

My disappointment with this bit was the financial angle that was pushed, as I feel it missed the elements of the unpaid breaks and the shift not consisting of 14 hours of work. Also travel time is a contentious issue which we do pay separately, but it is massively difficult especially with the pay rates of the local authorities. To be briefed prior on this element and being presented with the rota would have been helpful. And so would have showing more of mine and Ed's discussion on the nuances of the system.

I felt these financial issues distracted from the overall point of having the public understand how hard and professional social care workers work, and the difference they make to peoples lives. It is outrageous, but in these times where social care recruitment is at its lowest, why not focus on the positives so we can bring more people to the role? We all know they are not paid what they should.

I think if I was the Director I would have started with the unpaid carer and shown people's journey through the social care system, and the challenges people face in firstly obtaining social care. For example hospital discharges etc, give the public the knowledge of the system pathways and how social care effects each and everyone of us.

All in all, it was a challenging experience which I don’t think we do again truth be told, but I am proud we did it to demonstrate we are brave and transparent organisation that is willing to take risks for the greater good. I'm not sure if it will lead to any change, but if anything hopefully it showcased John as an example of what these hidden heros are out there doing day in day out.+ 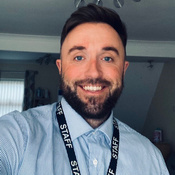