Following publication of the Homecare Association’s research which found 92% of providers were either concerned or very concerned about the effect of rising fuel costs on the financial viability of their company, members and their careworkers have been making their voices heard across the media.

Howard, a careworker with Caremark Oldham, described vividly how he was struggling to afford petrol to provide essential care to those who rely on homecare. (BBC 5 Live, 10 June),

The clip was shared across BBC media outlets, including BBC South East and BBC Radio Sussex, who interviewed Lagin Riecker, Registered Manager of Ascot Care and domiciliary careworker Samantha Zahra-Lee, about concerns that fuel costs were exacerbating the sector’s recruitment and retention issues.

Lucy Campbell, Right at Home UK CEO and Homecare Association board member, said rising fuel costs were the main cause of concern in the cost of living. Homecare workers drive 4 million miles a day to provide critical care and support and the cost of fuel was deterring people from working in homecare. (BBC Radio London, 10 June, Salma El-Wardany, 3.33 mins).

Thank you to everyone for raising awareness of the impact of fuel costs on our sector.

The Homecare Association continues to call on Government to pay a fuel allowance and find the extra £75 million we have calculated the homecare sector needs to cover the dramatic rise in fuel costs since May 2021.

(BBC TV and radio recordings are available on BBC iPlayer and BBC Sounds.) 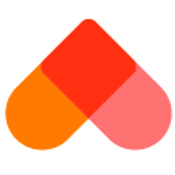 Huge rise in those waiting for assessment, care services or review in England