Media masterclass: How to confidently handle the media and deliver a positive message

Our practical masterclass aims to equip you with the skills and confidence you need to handle the media, whilst raising the profile of your business and that of the homecare sector.

Are you comfortable engaging with the media? Do you have a story to tell but are unsure how to position it to the media? Have you been approached by the media but do not feel you have the confidence to handle a media enquiry? If the answer is yes, then our practical masterclass could equip you with the skills and confidence you need to positively raise your profile, and that of the homecare sector through a range of media.

Media interest in the homecare sector is gathering momentum. Social care funding reform, challenges with recruitment and retention and the on-going issues presented by the Covid-19 pandemic and Brexit have hit the headlines in recent months. At the Homecare Association we are actively involved in engaging the media to amplify our voice to ensure that homecare is valued and receives the investment it deserves so people can live well at home and careworkers are fairly rewarded for the vital role they perform. We receive many media enquiries on a daily basis and at times require our members to contribute to our response to strengthen our position or story. Our practical masterclass will give you the confidence you need to engage journalists and articulate your story in a way that helps to minimise the risk of your words being misinterpreted.

The masterclass will be hosted by Dave Mason, Managing Director of Mentor Media Training. Dave has an extensive journalistic career spanning 30 years in television and radio and helps organisations to address their media challenges. He will use practical and relevant examples to demonstrate best practice approaches and ways of selling and delivering newsworthy stories.

Dave will be joined by Oruj Defoite, Programme Editor at Channel 4 News in charge of daily output of the multi-award winning hour long live show. Oruj has also worked as a producer at the BBC, a television presenter, reporter and producer at ITV and a Channel 5 News producer. Oruj understands what interests media outlets and how to tell stories that have impact.

The session will cover: 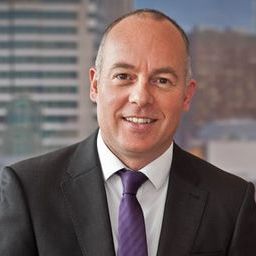 Dave is Mentor Media Training's Managing Director. He is a CIPR Accredited Practitioner and regularly trains for the PR industry institute. His extensive career in broadcasting spans 30 years across radio and television. He has coached executives from major public and private sector organisations, as well as the UK Armed Forces/NATO, around the world for the past decade. Dave is respected for his inspiring training, which is supportive and concentrates on fast learning development. A founding presenter and shareholder of Somerset’s Orchard FM, he went on to work extensively in commercial radio around the UK, as well as BBC News, where he was a Correspondent at BBC Radio 5 Live and Radio 1 Newsbeat. Dave has been a TV presenter, reporter and producer at ITN, GMTV, (ITV Breakfast), ITV News Westcountry and HTV West. He was one of GMTV’s senior producers for a decade, covering major international, domestic, political and entertainment stories. His roles have included senior news producing and planning, undercover investigations, war reporting and features production. He still broadcasts as a crisis communications pundit on LBC, BBC Radio and is a visiting lecturer at the Universities of Bath Spa, Gloucestershire and the Cardiff School of Journalism. He is the author of 'Handling the Media In Good Times & Bad'. 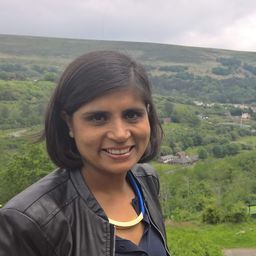 Oruj is in charge of daily output of the multi-award winning hour long live show. Oruj has also worked as a producer at the BBC, a television presenter, reporter and producer at ITV and a Channel 5 News producer. Oruj understands what interests media outlets and how to tell stories that have impact. 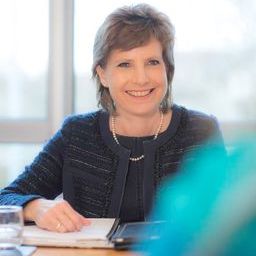 Jane Townson is CEO of the Homecare Association. She has extensive experience in the social care, health, housing and technology sectors. Chair of the Board of Kraydel; formerly CEO Somerset Care Group; and Chairman YourLife (JV with McCarthy & Stone). Jane’s first career was in international leadership roles in research and development in ICI, AstraZeneca and Syngenta, where she was Global Head of Bioscience Research. She then established her own business providing consultancy and training on the link between lifestyle factors and public health, working with private individuals and public sector organisations.